Our basement wall insulation is designed to eliminate hassle and provide a way to insulate basements without actually framing and finishing the walls.

Some contractors go through the hassle of hanging unfaced insulation blanket followed by another step of placing a visqueen vapor barrier up against the insulation, which then has to be nailed to the wall. The extra step of applying a vapor barrier on site is not just an extra step, but doubles the amount of sizing and cuts that have to be made. 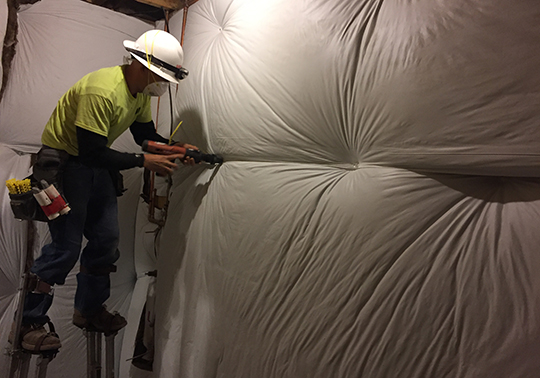 For an unfinished basement, where no framing is required, an efficient solution is our basement wall blanket insulation that is laminated with a white flame-resistant polypropylene facing. The vapor barrier is already glued to the fiberglass blanket!

Concrete, stone, concrete block, and other masonry foundation materials have very little insulating value – a foundation wall can account for approximately 20% of heat loss. Adding insulation will keep a basement warmer, make the floors above the foundation warmer and more comfortable, plus it will lower heating bills. 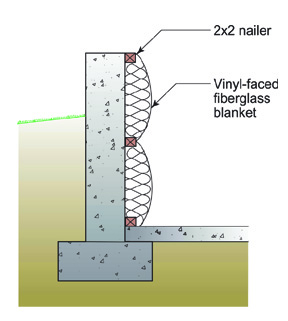 Some contractors prefer to install Furring Strips which the insulation can then be stapled to.

Tell us about your project for a fast quote!